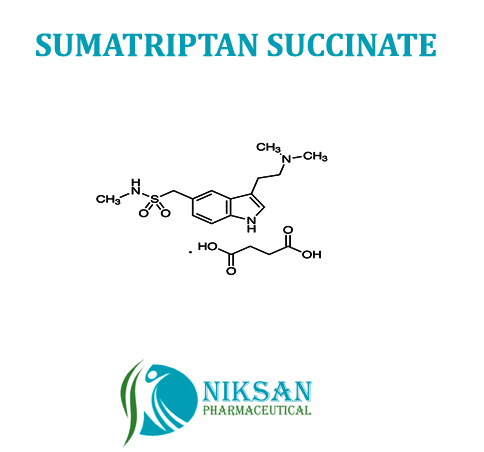 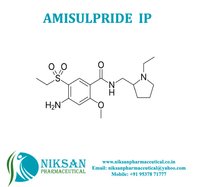 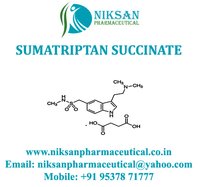 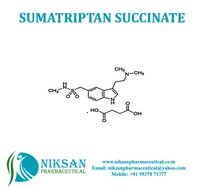 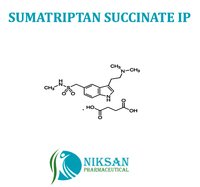 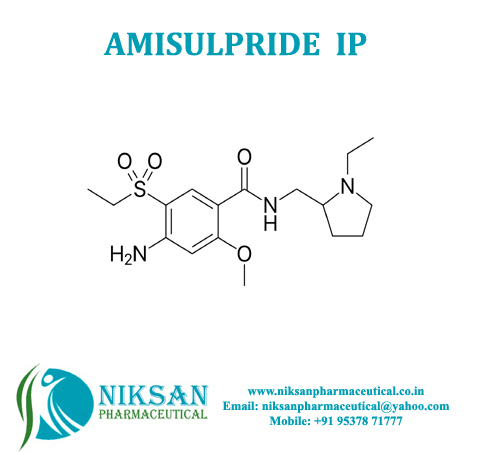 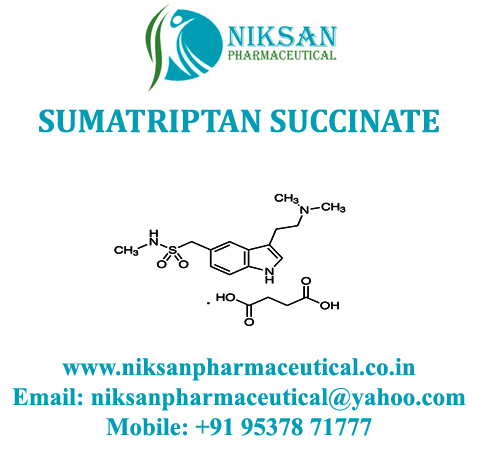 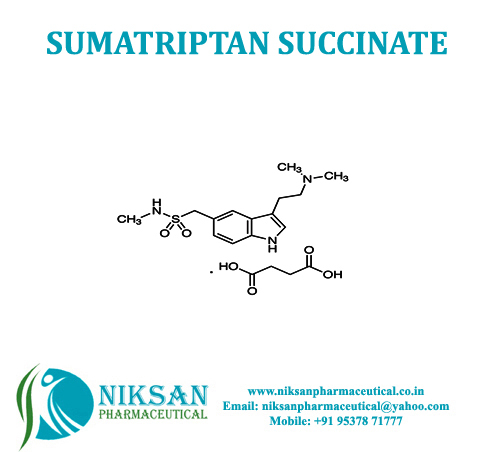 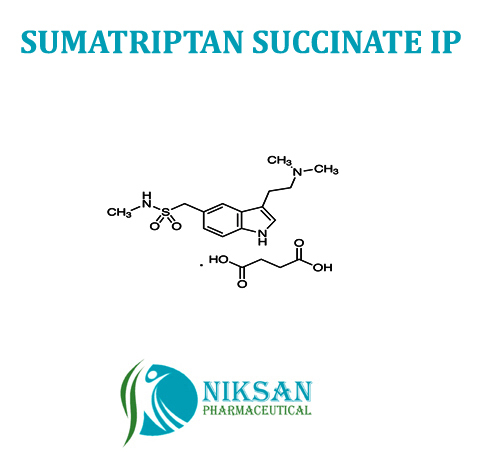 Our product Sumatriptan is world widely appreciated by our group companies and clients. We give best possible selling price of Sumatriptan to our clients, because customer satisfaction is our first priority.

Niksan Pharmaceutical and Niksan group companies are the largest manufacturer, supplier and distributor of Sumatriptan API as well as Sumatriptan finished formulations provide in many Indian states like Kerala, AndhraPradesh, Tamilnadu, Telangana, Karnataka, Punjab, Gujarat, Maharashtra, Delhi,Haryana, West Bengal, and Rajasthan, UP, Jammu and Kashmir and many others Indian states for many years.

Sumatriptan is belongs to drugs class called selective serotonin receptor agonists which is used to treatment of migraine and cluster headaches.

STORAGE OF SUMATRIPTAN:  Keep Sumatriptan medicine in air tight container. Keep away from excess heat and moisture. Store it at room temperature.Keep all medication out of sight and reach of children.  Do not store in bathroom and do not flush this medicine.

APPLICATIONS OF SUMATRIPTAN: Sumatriptan used as a pain killer which helps to relive headache and pain. Sumatriptan is also use to treatment of migraine symptoms like vomiting, nausea and sensitivity to light or sound.

HOW TO USE: Sumatriptan should take by mouth with or without food. Follow all directions on your prescription label or as your doctor recommends you. You can take Sumatriptan at first sign of a migraine headache. If the condition does not improve after taking Sumatriptan, you can take another tablet of Sumatriptan 2 hours after the 1st dose.

HOW SUMATRIPTAN WORKS: It constricts the blood vessels in the head and reducing the signals of pain sent to the brain. Sumatriptan work on blood vessel in your brain and control stimulating serotonin receptors in the brain.

SIDE EFFECTS OF SUMATRIPTAN: Flushing,feelings of tingling, numbness, prickling, heat, tiredness, weakness,drowsiness, or dizziness are most common side effects are seen in patient. Sometimes this medicine may raise your blood pressure so check your blood pressure regularly during the dose of Sumatriptan. Sumatriptan cause bloody diarrhoea, trouble in speaking, sign of a stroke, shortness of breath.A very serious side effect to this drug is rare but get help your doctor if you are noticed any serious symptoms.

Sumatriptantablets are approved by CDSCO in India in 06.02.1996

Sumatriptan nasal spray are approved by CDSCO in India in 29.08.2001

Note: Product protected by valid patents are not offered for sale in countries where such patents are stillvalid and its liability is at Buyers Risk. 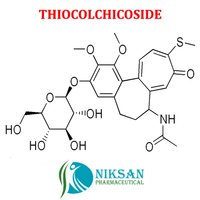 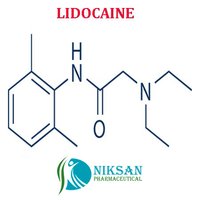 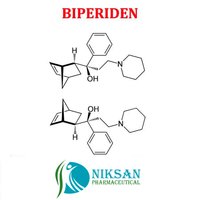 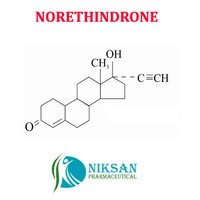